The blue Pitbull dog breed is one of the latest in terms of breeder inventions however, it’s important that potential owners understand this breed. Owners will need to determine, intelligently, whether this is the best breed for them.

So, what is a blue pit bull? In this article, we’ll explore all things relevant to blue Pit bulls so owners can have more understanding concerning this dog breed.

It’s important to understand that this dog breed has an appearance and even a name that appears to be a bit misleading. Blue Pit bulls, also known as blue nose Pit bulls, are very loyal, love extremely hard and, if you have children, are fantastic companions for kids.

Now, let’s take a look at what exactly a blue nose Pit bull is and what makes them such great pets and wonderful additions to several families.

What Is A Blue Pit Bull?

A blue Pit bull is a type of Pit bull and is distinguished by its colored nose which as you may have guessed by now is blue. Another notable characteristic of this dog is it also has a blue coat.

A lot of people who love dogs and all dog-related things are familiar with the fact that this particular Pit bull type of dog is very rare.

Blue Pit bulls but are a crossbreed between a terrier and a bull. Hence, they tend to either be American Pitbull Terriers or American Staffordshire Terriers as a result of this cross-breeding.

It’s interesting to note that, originally, the breeders did this so they could get a hybrid dog with a blue-grey coat. The blue nose of this Pit bull breed was actually a complete accident.

Their blue coat and nose color are what distinguishes them from other Pit bull types. However, when it comes to other characteristics, they remain similar to the other breeds of Pitbull’s. These characteristics include coat quality, body structure, etc.

(Click here to learn what breed your pit bull is).

It’s also important to note that they are not a separate and distinct breed from the Pitbull breed. This blue nose is as a result of recessive genes responsible for the pigmentation we can see on their noses and coats.

Contrary to popular opinion, this specific dog breed was not bred to fight or to be aggressive. It’s just a misconception.

Another interesting thing to note about the blue nose Pit bull is the fact that their noses are not actually truly blue in color. If you take a closer look, you’ll see that the color actually has a grey tone to it with a blue tine to it. This makes it distinctive because most dogs usually have black noses

This color of their nose is what makes the blue Pitbull quite different from a standard Pit bulls.

When people look at them for the first time, they tend to see a dog with an intimidating look but as we mentioned earlier, it’s a bit misleading. Owners usually find out that this dog breed is a great addition to their household and make the ideal pet for them.

Now that you know more about what exactly a blue Pitbull is and what makes this dog breed different, we’ll explore the genetics behind the breed. 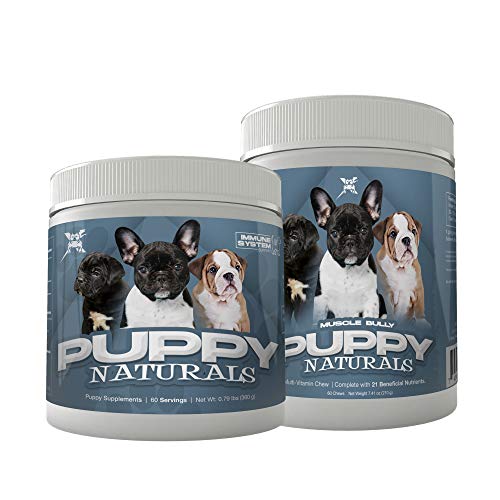 To learn more about blue Pitbulls, check out the video below:

According to the American Dog Breeders Association (ADBA), the blue color of the blue Pit bull’s nose and coat is due to a homozygous recessive gene. Another rare Pitbull type, the red nose Pitbull, also has this distinct feature as a result of the recessive genetic trait. What this simply means is that both the father and mother Pit bull must carry this recessive gene.

Let’s use color genetics in Pit bulls for an example. In Pit bulls, there are three possible genetic options. That is, talking about whether the dog will inherit a black or blue color. The options are normally denoted with letters of the alphabet: bb, Bb and BB.

A blue Pitbull is possible only if both his parents are carrying a recessive gene (bb) or a lowercase letter.

Below we’ve given an illustration of a punnet square. In this example, both Pitbull parents have a black nose however they carry a recessive gene which results in a blue nose.

We’ve also included a very simple example of Mendelian genetics below. The litter of puppies which result from a mix of these two parents would be as follows:

We understand that it can be a little difficult to understand. This is especially true to you if you don’t happen to possess and previous information from the field of genetics or Biology.

However, there are a number of teachers and lessons available online which can facilitate your learning process if you want to know more.

On the other hand, if you don’t really care to know the exact science behind the makeup of a blue Pitbull, all you need to know is they are quite special.

All you also need to know is that they are not just special but their unique characteristics were made especially for you. 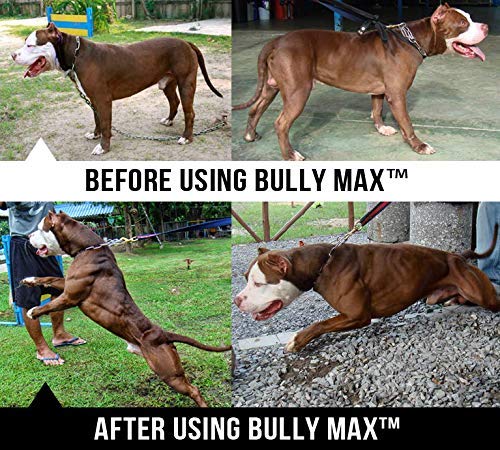 Characteristics Of A Blue Pit Bull

Blue Pitbull dogs have a very sturdy build and have broad chests. They also have very strong legs which are closely set to the ground. The way they stand naturally is so confident, it sometimes looks quite intimidating to people.

Notwithstanding this is a classic example of the phrase “his bark is worse than his bite.” So, despite their fierceness, they are big teddy bears. They are also friendly and very sociable and outgoing dogs.

If you have a very active lifestyle and you have children as well, then this dog breed is excellent for you. They become well rounded and mature dogs as long as they are trained properly from an early age in the right environment.

In terms of their temperament blue Pitbull’s are normally friendly and very sociable. They love relating with their owners and do their very best to understand them and keep them happy.

When it’s time to train them, owners need to invest as much time as they possibly can. They do require a bit more training than other dogs but it is well worth it.

If you spend the time required to train them, they grow up to be a loyal companion and friend for the rest of their lives. They will stick to your side no matter what situation you may find yourself.

It’s also interesting to note that when it comes to blue Pitbull’s, they appear to possess emotions which are quite similar to those of humans.

These dogs possess the ability to arrive at decisions which can either be rational or irrational. This is another unique characteristic which this breed possesses.

The blue Pitbull is a breed that can be categorized as among the most sensitive dogs in the world. These traits are what help them to be loyal and obedient to their owners and also very kind to them.

On the downside, these dogs get quite stubborn and in the process risk their emotions getting hurt. Think of them as growing teenagers if you must. Even though they have the tendency to be gentle and kind, they do require a firm hand of discipline now and again. Owners must and should train them properly.

Blue Pit bulls usually adapt quite well to a variety of environments. An added bonus is how well they get along with young children.

Watch out for other dogs though because when it comes to this, don’t be too surprised if your blue Pitbull starts to act out of character. Around other dogs, they may act a bit stubborn and display signs of jealousy. This is because they want the attention of their owners all to themselves.

This is another reason why it’s important that owners train their blue Pit bulls properly and get them to meet with other dogs from an early age when they are still puppies. This allows them to interact and socialize with other dogs and not feel threatened or jealous. It’s advisable you get a blue Pit bull when he’s a puppy and not an adult so you can train him properly.

If you already own him as an adult, it’s important that you keep training and socializing him as much as possible to keep him well-grounded.

Blue nose Pit bulls are amongst the most active dog breeds you can possibly get in the world. For them to live happy and healthy lives, they need adequate exercise. You will need to make sure he’s kept as active as possible.

If your blue Pitbull does not receive the right amount of exercise, he may become aggressive and even highly strung out and stressed. If you don’t live a very active lifestyle and don’t enjoy running around then you may want to consider if this is the right breed of dog for you.

Exercise is critical to maintaining this breed effectively. You will have to bear this in mind before you consider getting a blue Pitbull. 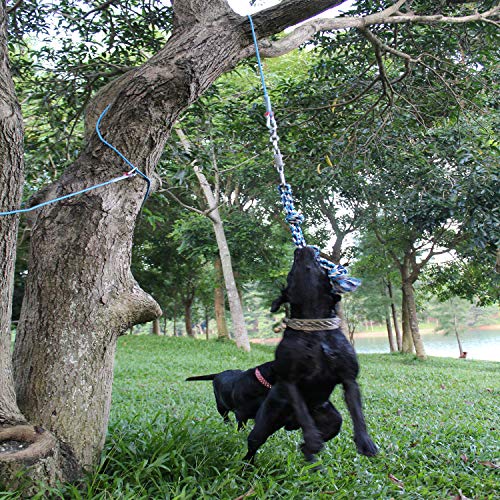 Blue Pit bulls are highly intelligent so don’t be fooled by the silly faces they sometimes tend to pull. Even though they require a lot of training, they are easily trained.

This is mostly because you won’t have to spend too much time going over the same command or instructions. Rest assured that these dogs will quickly understand what you mean and diligently obey.

Like we’ve mentioned earlier, these dogs have a naturally stubborn streak and it will most likely show up during training sessions. This mostly happens if they perceive that you won’t let them have their way which is, of course, the purpose of training.

As his owner, you will have to be firm during training and show him who is boss. This can be a source of frustration but if you persevere, it’s worth the effort. Remember, these dogs are extremely loyal and very caring towards their owners.

One type of training which is recommended very highly for this specific dog breed is obedience training. Once he can obey your commands, then you’ve got a very loyal companion for life.

It’s also important to note that despite their physical characteristics, they actually can’t be considered good guard dogs. This is because they are very, very friendly and show love to practically everyone they meet. If you’re looking for a guard dog, then you also need to bear this in mind.