Dogs are usually referred to as the friend of man. They are domestic animals kept as pets by many humans and are specifically known for their loyal and playful nature which makes them the second most common pet animals all over the world today after cats. However, not everyone seems to agree with this as the breed-specific legislation obviously shows.

Pit bulls are often misunderstood as a dangerous species of dogs capable of seriously injuring as well as killing people due to aggressive behavior they are inherently born with. Due to this incorrect labeling of the pitbull as a dangerous dog species, many states have made efforts to put a ban on keeping pit bulls in their territory.

In the United States of America, several states have laws on breed-specific legislation but they do not outrightly state “pit bulls’ even though it is obvious from its provisions that is targeted at pit bulls.

In recent times, BSLs have been expanded to cover other fighting and dangerous breeds like the Dogo Argentino, Presa Canario, Cane Corso, as well as the Brazillian mastiff. However, in spite of this inclusion, the pit bull still remains the focal point of most bsl laws because they happen to be the most common. They are also widely believed to have a negative impact on many communities.

The Pitbull is banned in what states? Find out below:

(Please note that we are restricting this article to states in the United States of America). 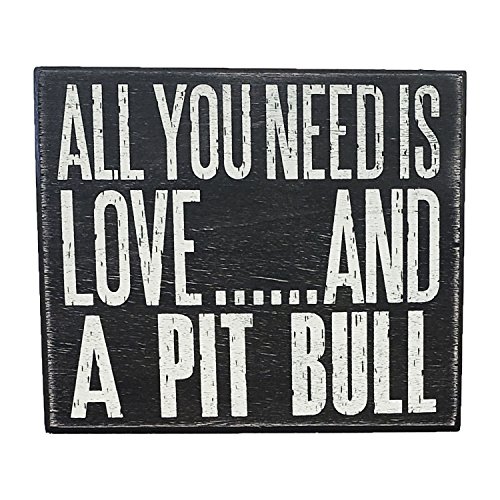 Click here to get the JennyGems All You Need is Love and a Pit Bull (Pitbull) – Wood Pitbull Sign Home Decor!

In Kentucky, there are about eleven cities and countries where pit bulls have been outrightly banned while the remaining tag pit bulls as dangerous and evil. Less or no attention is paid to breeds like Rottweilers, Bullmastiffs, and several other dog breeds. There are also six cities in this state where citizens are not allowed to own pit bulls.

Pit bulls are outright enemies in Lousiana. Here, six cities have banned the breed, some other cities have officially labeled the breed as dangerous, while others have very strict restrictions. The city of Crowley, for instance, has stricter laws including breeds like Akitas, Alaskan, Malamutes, Chow chows, Doberman, German Shepherds, Bullmastiffs and Wolf hybrid dogs as dangerous. There also exists a city in this state where usually all dogs are viewed with suspicious eyes.

Michigan is a state where pit bulls are the center of attraction for many laws on bans and restrictions. A good example is the town of Harper Woods.

Haper Woods is a northern suburb where cautious glances are thrown at many dog breeds. More specifically, Section 4 to 28 of the Municipal Code states: “while not breed-specific, the following breed of dogs shall be considered suspect as vicious and potentially dangerous”. The provision then went on to specifically mention some breeds like the “Akita, Alaskan, Malamute, American pit bull terrier, American Staffordshire Terrier, boxer, bullmastiff, chowchow, Dalmatian, Doberman pinscher, English bull terrier, German Shepherd, Great Dane, Presa Canario, Rhodesian ridgeback. Rottweiler, Siberian husky, Wolf hybrid and/or any mixed breed of the above”.

Consequently, most of the cities in Michigan that have BSL likewise have bans for pit bulls.

Arkansas has thirty cities with breed bans which specifically pertain to pit bulls and chances are very slim to have breed legislations without bans. 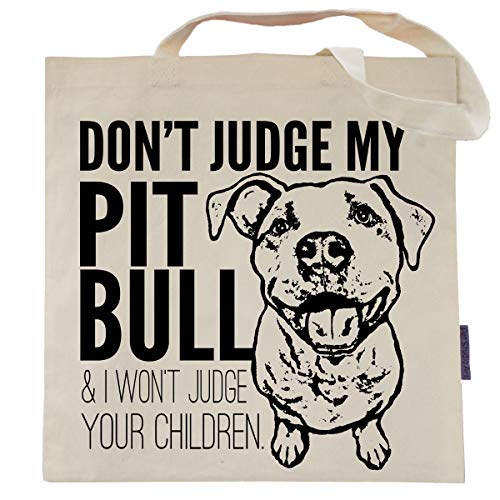 Click here to get the Don’t Judge My Dog Tote Bag by Pet Studio Art!

Laws in this region are grounded on the mentality that pit bulls are animals that ought to be scorned while Rottweilers were to be regarded as suspicious.

There are thirty-one cities in this state that have full bans on pit bulls. Nonetheless, towns like Abbotsford ban wolf hybrids. They, however, only restrict pit bulls.

Missouri is regarded as the state that is not taking any chances at all when it comes to the issue of pit bulls. It has fifty- eight cities that have outright breed bans in their books. A city like Pilot Grove is very harsh with its restrictions banning six breeds including pit bulls, Chinese fighting dogs, Rottweilers, chow chows and Doberman pinschers. The state basically has a lot of books on breed legislation laws.

The dog breed legislation in this state have full bans. In addition, it has twenty -four cities that have termed breeding pit bulls illegal. More so, fifty-five of these cities have tagged pit bulls as evil. Oregon seems to be a bit lenient restricting households to just one pit bull.

Just like Ohio, it has the same number of cities with breed legislation. However, it has three times more spots with full bans. Apart from this, seventy-seven of its cities have full bans that focus on Rottweilers, chow chows, Doberman pinschers, and several other breeds.

Do not think you can find a place to stay in Iowa if you own a pit bull. It is going to be hell for you.

In Iowa, a total of seventy-two cities outrightly ban the breed. For a city like Fair field, owning several breeds of dogs is termed illegal. It also has more specific legislations as contained in Section 6.14.070 of the City Code which bans owning animals like Rottweilers, pit bulls, German Shepherds, and a number of other dogs, including any dog that weighs over one hundred pounds.

Iowa is definitely not a place for any breed that has the tendency to be violent. 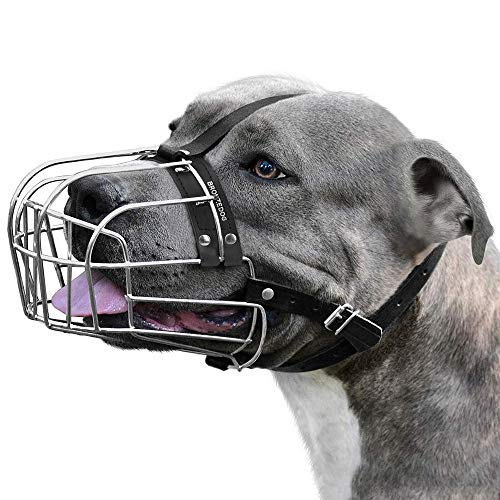 Due to the need to tackle the growing dog aggression in the States, Breed Specific Legislation (BSL) became the instrument for terminating incidences of violence in the country involving dogs.

Inevitably, the introduction of these laws on Breed Specific Legislations have raised several controversies from those that have embraced it and dog owners that are strongly opposing its continuity. More so, because the list keeps growing, it has left so many dog lovers in fear of what might soon be the end of some dog breeds.

The BSL is simply a statute or legislation specifically designed for breeds termed as “dangerous” as well as those who have demonstrated any iota of the propensity for violent behavior.

The video below explains further:

How Breed-Specific Legislation Came To Be

The fatalities and injuries resulting from the attack of dogs like the pit bull called for the need for more stringent laws to restrain some breeds of dogs in the 1980s.

Hollywood, Florida City kicked off by passing an Ordinance requiring owners of pit bulls to “complete special registration forms and prove the possession of $25,000 of public liability insurance”. Noteworthy is the fact that the regulation breeds were collectively referred to as “Pit bulls”. (Click here to read What Breeds of Dogs Make A Pitbull?) We can see after all that the dread for this breed did not just start recently.

The New Mexico town joined in 1984 with a harsher legislation that completely banned pit bulls. It also provided that the County Officers were authorized to confiscate and euthanize the dogs. Animal Cruelty?

Cincinnati is not left out in this historic train. It enacted a regulation which defined vicious dogs to be inclusive of all Pit Bull terriers. Special restrictions were further placed on their sale, control, and confinement. There is no other breed of dog that has been described as inherently dangerous like the pit bull. 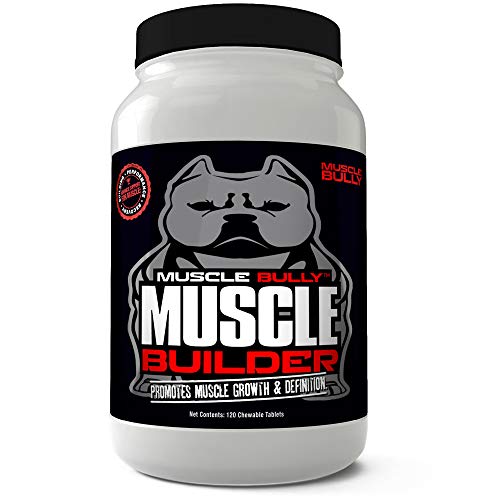 Any person who has or whose loved ones have been involved in an attack by a pit bull and is lucky to have survived the attack will definitely want the breed-specific legislation to be enforced against the pit bull.

In Fort Lauderdale for example, the legislative committee is reviewing a bill to ban specific dog breeds from its public areas. The bill was proposed as a means to mitigate the pit bull threats.

Opponents Of The BSL

One of the strongest arguments of the opponents of BSL is the stance of the American Kennel Club(AKC) which is one of the most renowned canine organizations in the world.

AKC believes that there should be control against dangerous animals and the dog control legislation ought to be reasonable, non-discriminatory, and enforceable. It further stated that to provide communities with the most effective dangerous dog control, legislations are not supposed to be breed-specific. Therefore, it believes in the enforcement of breed-specific legislation where it places restrictions only for owners of specific kinds of breeds.

There are several organizations just like the American Dog Owners Association who think BSL allows for the violation of the constitutional rights of dogs’ human companions especially where there is no injury or illegal behavior that has resulted from the dog and its owner.

Also, opponents of the BSL have pointed out one of the loopholes. They explain that law enforcement agents do not always accurately identify breeds because breeds and mixes are difficult to identify. This sometimes brings hardship to dog and dog owners of innocent breeds.

In summary, BSL has been termed unjust and arbitrary by many dog owners and dog lovers alike.